Our scientific interests are aimed to investigate the many-body problem in complex materials driven by the electron-phonon and electron-electron interactions. As the most representation case, a large part of our research activity is devoted to study the phenomenon of high-Tcsuperconductivity, not only in the copper oxides, but also in fullerides and in the MgB2 family. Our interests regards mainly the investigation of microscopic models but particular care is also paid to the analysis of specific materials features and to the comparison with the experiments.
One of our main achievements is the development of the nonadiabatic theory of superconductivity, which we proposed as the suitable framework to understand the anomalous superconducting and normal state properties of the high-Tc compounds. A primary role in this theory is played by the evidence of small Fermi energies in the whole family of exotic superconductors, which is comparable with the frequency of the intermediated pairing boson (phonons, spin fluctuations, …). In this context the adiabatic assumption breaks down and the Born-Oppenheimer principle is strongly questioned.
Motivated by the experimental evidence in these materials of the presence of different degrees of freedom strongly interacting each other, and of the tendency towards different (lattice, magnetic) instabilities, other issues of investigations are: the interplay between electronic-correlation and electron-phonon interaction, the onset of magnetic and lattice polaron features in the slightly doped antiferromagnetic phase. Some research lines are also recently developing concerning spin-orbit and spin Hall effects in two dimensional electron gases and the melting properties of surfaces and of Wigner crystals.

Short list of main papers on the nonadiabatic superconductivity:

Where you can find us 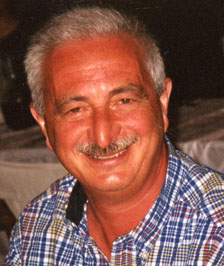